What makes me bring this subject up now? This morning the bathroom scale read 151 as I stood on it, fresh out of bed, refreshed of bladder, before I’d put the coffee on.

My sister and I made a kind of Laurel and Hardy pair as kids. She was fat; I was skinny. She was bigger; I was the weakling, little Knatz Junior: a mass of freckles with ears that stuck out sideways. Beth ate candy bars, her eating candy bars made me want to puke.
Beth’s fat was nothing like the fat of many a kid today, and of course there are still skinny kids, boys and girls.

I detail one of our Knatz oddities: poor Beth, this has to gall the girl with the genetic trait more than the guy, at least in this culture: we have a weird rib cage. Our ribs stick down and out. Beth cannot have an hourglass figure, no matter what she does. Her waist could be twenty-two but would still look close to thirty-two. But on top of that, she liked her Mars bar, then matched beer mugs with the boys.

Now, me: I’ve not only got the weird rib cage, but an indelibly potted belly. Sometimes it’s worse, sometimes it’s better, but it’s always there. A doctor was the first to point it out to me: he said it’s just how you’re built, don’t worry about it.

Our father was trim
unless booze made him fat as Falstaff.

And for a long time I didn’t: worry. We started drinking beer to beat the band at age fifteen. A few beers was soon a few quarts: a six pack or two, maybe a bottle of whiskey nearby too. I watched the school football heroes chug mugs of beer. I saw their bellies swell and droop while they were still on the team. I could drink beer till I looked pregnant. I could drink beer till I looked like Paul Newman winning the hard-boiled egg eating contest in Cool Hand Luke. Actually, I could simulate that look just by inflating myself and pushing my pelvis forward. Anyway, weight accumulated on other people, not on me. People would be frightened by how much I ate, how much I drank: and become irate at how skinny I stayed. So, like my supposed immunity to poison ivy, I showed off, and over-did it, until it turned around and bit me. My poison ivy was a case for the doctor to address; my belly, which I denied was possible, got bigger and bigger, around age thirty, until there was no pretending it wasn’t there around age forty. 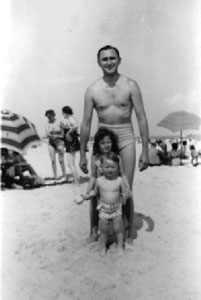 This pic was used elsewhere, I repeat it: of the three of us.

Other people dieted; Paul ate and drank on display; till I learned too that dieting is necessary, even for me. And I’m not the first to get away with murder, then bloat: diet, succeed; then slip: and keep slipping.

The good news is today’s news. 151. That’s not perfect, that’s far fatter than a “fighting” weight should be for me, but boy, it beats, the 159 I was a couple of months ago, or the 160-odd, maybe 170+ I was a few years ago.
You see in my twenties, I’d abuse myself year round, but then, as I started to dream of fresh snow on the mountains by mid-summer, I’d walk the dog by running in the park. With the prospect of needing to be strong on the mountain in mind I’d resume running a couple of miles a couple of times a week. And I’d do squat jumps. I’d do 100 squat jumps, and run two miles, and my fat belly would take care of itself, going back into hiding for a while.

But as you get old, as I went broke, had less and less money for skiing, more and more to worry about, the waist would swell, and keep swelling, keep swollen. 1979 I stopped all booze, and the fat disappeared real fast: except that I started eating ice cream so that a half gallon lasted about two days: and candy, god, so much candy! Customary alcohol, cheap calories, gives one terrible habits. So: in 2006, Semptember, I’ve just turned sixty-eight, I look in the mirror, and now it’s me I’m puking at. So I watch what I eat, and do thirty belly crunches every day: every single day, without fail.

When I was arrested, Oct 13, 2006, I’d been dieting and exercising for a month. Some effects were showing. Now, throwing philosophers in jail in nothing new for this society, but jail is never the best place for a philsopher to be, however much better suited he is to it than your average shmo. Jail had a set of hardships for me, one of which was, no exercise is allowed in the series of holding cells and temporary jail dorms the kleptocrats process prisoners through. Jail is famous for inmates building their bodies obsessively, but that’s true only for inmates in the system long enough to find their “permanent” “home.” At Jesup I could have pumped iron for many an hour most days; but not in the processing process. However, recent arrestees watch each others back. My bunk mate signaled me when it would be safe to try my crunches, hidden by the bed, or borrowing a bit of floor space a bed or two further over. If the guard looked like he was looking our way, Bob’s gestue instantly stilled me. Then, I picked up on the permissible exercise patterns of this or that dorm. Soon I was exercising vigorously one or two forty-five minute period a day out of the old mans’ dorm on Gun Club Road in Palm Beach: running, crunching, pushups, pullups …

By the time I got to Jesup I was dieting severely and exercising like a maniac. I’d run the two-third or so mile track. I’d do ten inclined pushups on every bench I passed. I’d sprint 100 yards out of each lap. Each lap I’d pause on the grass at the side and do more crunches, jumping jacks …

One mad day I pushed and pushed, and reached 145! I rushed back to the cell where I had a Snickers bar stashed. Back home, before I knew it, I was climbing damn close to 160 again.
Note: that day of mad exercise, that one day, lucky because it didn’t rain, there was no fog, we were allowed in the yard for much of that day, I way over did it. I did everything described above and used the weights. What hurt me was the inclined pushups. In a proper push up, you’re flat on the ground, hands by your ribs, push, straight up, all the way up: fully extand the arms. Pause. Lower back to chin on the ground, slowly, using your arms to resist the descent, then raise again. You see guys doing massive repetitions very rapidly, counting their pushups as thirty, or seventy … Actually they haven’t done any, not properly. But I did inclined pushups. I put my hands on the back of the bench, like a park bench. So I was lowering to an angle not too far below 90 degrees, then puching back till my arms were straight. It’s less than a real pushup, but more than nothing. And that day I did so many sets I realized, golly, if I keep going, I could do 50 set of pushups. I’ve never done 50 pushups in my life! 25 at most. Now here I am ready to reach 50 sets of inclined pushups! Well, at about set 48 I tore my right arm and shoulder muscles all to hell.
I’ve gotten some right arm strength back but I’ll never be close to strong again as I was that day.

So, what did I do this time that was different? I haven’t done any exercises! Except for dancing with Jan a couple of times a week, maybe attending a line dance session or two. No. No exercise except dance, and love. No. I’ve made water my principal beverage! No soda, no diet soda. Only a little fruit juice. A bottle of cold water, no fizz, no ice, has become my constant companion.

I still have the Knatz belly. The Knatz belly gives me a bit of a pot belly. Being middle aged, excuse me, no, being old, now, plenty old, 73 years old I have a little extra pot belly. Old women have a bit of belly too. Jan has an absolutely adorable pot belly.
Here’s the two of us, a couple of weeks ago, both with a bit of paunch.

Seems to me that some modicum of honesty is requisite to intelligence. If we look in the mirror and see not kleptocrats but Christians, we’re still in the same old trouble.
View all posts by pk →
This entry was posted in pk and tagged exercise. Bookmark the permalink.