As a kid I loved storms. Still do. A decade ago I was working away at my Toshiba lap top as a storm raged outside. I suddenly realized I was missing it and started out the door. Wham! My good strong toes barely managed to keep me from getting sucked outside. A twelve foot step ladder was cartwheeling overhead as the tree limbs fell about my flailing arms. Rip! There went my awning over my trailer park patio. I got my knees back on the trailer floor and fought to yank the door closed, succeeding eventually. Think I’ll wait inside for this one. My first tornado.

Didn’t last too long. With the worst passed I walked outside. I’ve seen great lightning: in New York, in DC over Virginia. But I’ve never seen lighting like Florida lightning. Throughout the summers I love how the heat lighting is continuous throughout the evenings. But I’ve never seen even Florida lightning like that that followed the tornado. The entire dome of the sky was constantly webbed with it. Bolt after bolt from the zenith to the horizon! Wow, man: psychedelic.

I remember a delicious heavy rain while in college. I shed my clothes for a bathing suit, sockless sneakers, and trench coat. I wrapped my Luckies and Zippo in plastic, secured them in a pocket inside the trench coat and went for a walk in the normally dark-verbotten Riverside Park. Any mugger out in that weather could have my Luckies. Much good they would have done him: once I returned for a smoke I had to retrieve my lighter from a nicotine goo.

But the storms that spurred me to begin this narrative are remembered from childhood. Long Island experienced great hurricanes in the early 1940. Those I experienced indoors, coming out only after three of our four great trees had uprooted the back yard. The once gorgeous apple tree was never the same afterwards. By the time I was ten or so and pedaling about on my paper route, I never missed a chance to tomahawk my papers through the hurricanes. My bike would wobble in the gusts and falling branches would land within a dozen feet, whole trees landing within hundred feet, but violent weather was my favorite delivery time. The people didn’t expect their paper in the storm. The papers I delivered would be useless once recovered for anything but land fill, but the customers and their ads/news addictions had nothing to do with my motives for having a paper route. The money was a small part of it. Daily adventures on my bike was the core.

I knew I could be maimed if not killed. I knew it was just luck that the tree fell over there and not on me. But the experience of the falling trees could not be missed. And I’ll tell you straight, age 62: I believe that the courage of youth — foolhardiness if you will — is far wiser than the caution of average adulthood. We’re mortal. So what? Experience is the thing. Danger makes for vivid experience. Maybe it’s a testosterone thing, but I felt that male way long before I had much testosterone.

My Hardware vs. Wetware module tells of hitching to the beach as a teen. By age fifteen some of my friends were sixteen or seventeen and had cars. (The seventeen year old could even drive at night, having taken driver ed.) The other narrative tells of flipping into the water and bombing girls with the spray. That wasn’t our only trick. We were great amateur gymnasts and body surfers. Practice, have some talent, and you can ride a wave till your nose is plowing sand at the eddy. By the time we were sixteen we wanted big waves, big rides. What bigger waves would we find on Long Island than those that came with the hurricanes? We were sensible enough to wait till the hurricane had crested. Then we headed for the beach for big time body surfing. Surf the tail of the storm.

In those days we weren’t yet hungover most daylight hours. We’d party after the beach, and not yet two or more days in a row. So the first time our teen aged wits were with us and we charged into the water and swam out. I’m looking over my shoulder to select the wave. We had fair communications under normal surfing conditions and some communications even during this storm. Almer is out further than I am and is just starting to lunge with the same wave I’m waiting for. “No. Duck,” I yell at him, my heart in my throat. A ships beam the size of a telephone pole, dark black and ugly, is already riding the same wave, just behind his head. Not one of us had yet started a ride. Almer scrambled over to me to find out what I was screaming and choking about. Then we all saw: the water, all of the water, was thick with debris. We all started back for shore. Something was hampering me. With the tide and the waves, I got to shallow water anyway and identified my handicap: I was enmeshed by fishing line and rusted but still pointed hooks: at least several of them. I extricated myself from the maze, still without a scratch, but shaken. We watched the broil from the beach. We returned for other hurricanes. But no crowd I was in ever again tried body surfing the storm water.

OK, the next memory has nothing to do with storms but does concern debris in the water. 1956 I join the Columbia crew team. I want to row lightweight, but the coach talks me into coxing heavyweight. I thought it was past time to develop my upper body a bit; he wanted me skinny and light. His promise of a subsidized training table won me. After my crew won a race, tradition and eight pairs of strong arms threw me into the water. The Columbia dock is on the Harlem River, just down river from the Speight and Deivel Bridge. The neighborhood is pictured in another module. Flailing head over heels into the water I go. I come up laughing as well as choking, but something is hung over my ear and sticking disgustingly to my face. A used scum bag. Thanks. From now on I’ll lose.

2013 10 24 Last night’s watch of the DVD for The Impossible had me gasping. The team did a great job of depicting for an audience the tsunami of 2004. A family, dad, mom, three boys, are vacationing in Thailand. Giant waves sweep over the land, turn, and sweep back. People, cars, telephone poles, fish, all smooth-mixed together. A few people are still alive, however cut and broken. Boy, those underwater shots of Naomi Watts being gored by broken tree branches.
One thing I loved especially: the family is at a resort. It’s Thailand but the guests are Spanish, Swedish, Japanese, Chinese … After the storm no two survivors speak the same language, nobody knows who anybody is. Watching them reassemble and identify themselves, caring for each other without language, is something. Bravo. 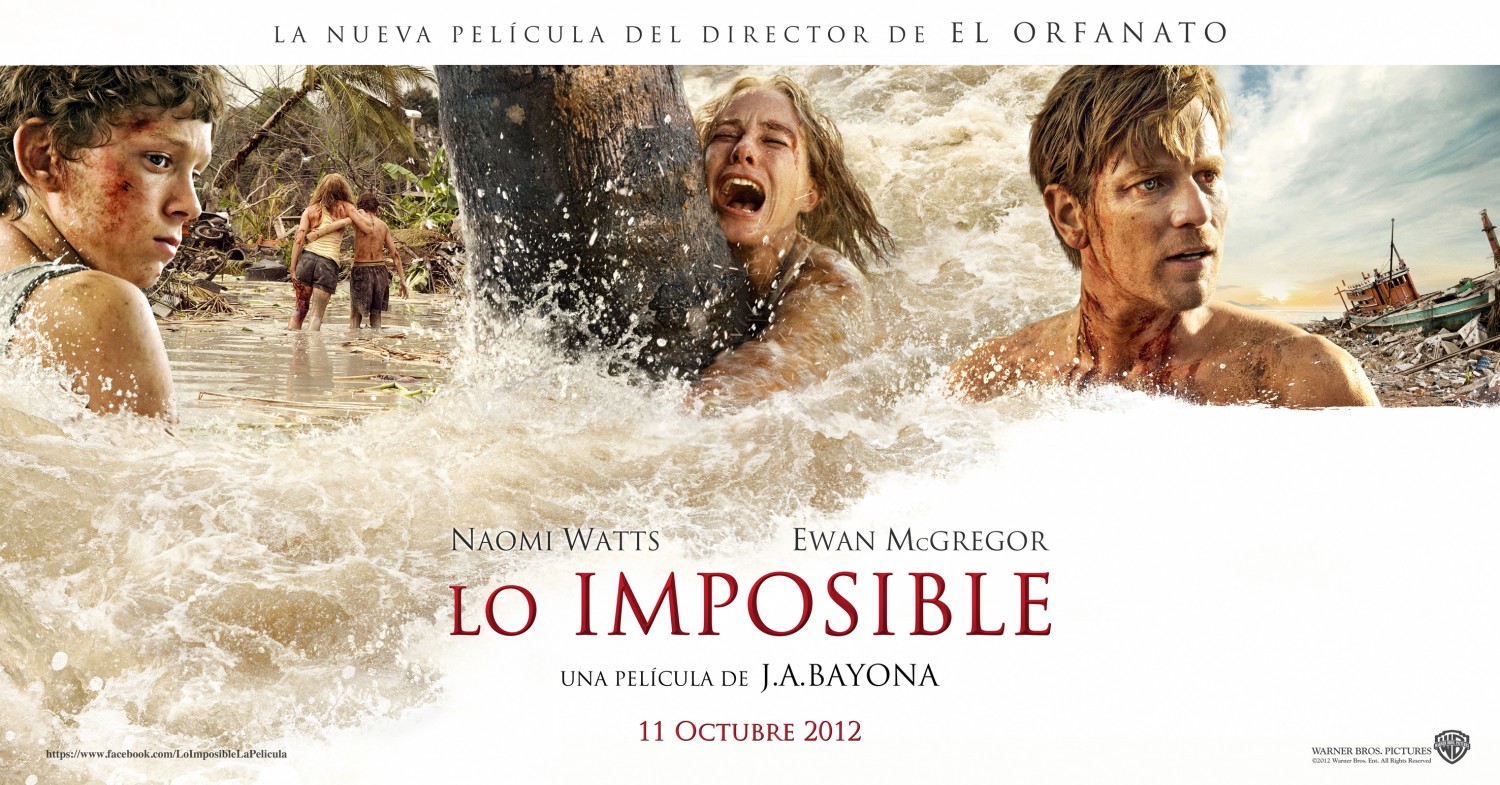 Young Married
2017 12 22 I loved delivering my newspapers but was negligent at collecting the cash. There was one house though where I loved to ring the bell, to pronounce “Collect” when the guy opened the door. I guess puberty was rearing its horny head. The guy was young muscular. The woman never came to the door but I’d see her in the background: eyes downcast, petite, adorable: made the guy look Very masculine. And he had all the masculine accoutrements: gun rack, Esquire calendars on the wall. (Playboy wasn’t invented yet.) “How much?” he’d say. I think he never really did remember. “Twenty-five cents”, I’d answer: National Review Star: a nickel a day, 5¢ each. The guy would thrust his hand into his pocket, produce an awesome bunch of change: quarters, dimes, nickels … a couple of pennies. He’d take a quarter … Dimes and nickels were handy but he’d ignore them: hand me two quarters: big tipper: couldn’t be bothered with smaller change.

I was the first kid I knew to have skin calendars. I kept my favorite months for years after they’d expired. I kept the December with the dumpling derriere in the peppermint panties way into adulthood. I wish I’d kept it till now.

When Playboy did come out I couldn’t be bothered with it. Esquire‘s drawings were so much sexier than Playboy‘s airbrushed photos.

Seems to me that some modicum of honesty is requisite to intelligence. If we look in the mirror and see not kleptocrats but Christians, we’re still in the same old trouble.
View all posts by pk →
This entry was posted in kid. Bookmark the permalink.