What do words mean? Do they mean what the dictionary says? or what the speaker intends? Or what the listener understands?
Do words mean anything reliable at all?

Or does it just mean “racially” “white”? Ethnically “European”? Does it mean that God giving Canaan to the Jews is trivial compared to God giving America (and everything else) to the whites?

“Christian” is one among a large number of words so ambiguous that the listener, reader, thinker needs a semantic map, a lexicon with lots of spare pages just for this one word: to make lists of different meanings, very different meanings: Christian1, Christian2 … ChristianN. So, whenever you hear such a word (and whenever you yourself use such a word) multitask and mark which of many meanings you mean. Or, does your speech, your writing have no reliable meaning?

I squandered my first energy burst before I got to a major development of a sub theme: pk’s own semantic list for pk’s former meanings of this word, followed by pk’s current meanings for this word. Coming up, but I gotta breathe a minute first.

Propagating Allegories on the Banks of the Nile

The other night I played The World of Henry Orient for Jan. Wonderful young actresses amid a terrific cast. 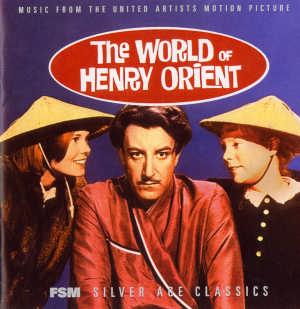 These fourteen year old preppie girls fantasize that they’re “the beautiful white nurses,” doomed to be “radished.” There have been some amazing malapropisms in lit, from Shakespeare to Mrs. Malaprop. Among more recent examples I love these girls getting radished. (And don’t miss Peter Sellers’ Brooklyn accent!)

But never mind any of that; what we really need is a set of less ambiguous words for “Christian.” GB Shaw introduced the word “Crosstianity”: it didn’t propagate far. (I’ve proposed a variety of spellings, hoping for clarity: Christianity, Cry-stianity, Cross-tianity, Chris-tianity …)

Last night Jan and I watched episode 7 of the Barchester Chronicles. Jeez, I love Anthony Trollope’s fictionalizing of Victorian England! Look at any movie, read any novel, involving churchmen: Catholic, Church of England, Salem judges … Check out The Name of the Rose. Are any of these people Christian by any meaning rationally associable with any of the meanings of anything supposedly said by Jesus that you can imagine? How about the monk played by Sean Connery?

I can associate him with William of Ockam, but with Jesus?
No, no, pk: shallow. Just consider our first Barchester protagonist: Septimus Harding.

Seems to me that some modicum of honesty is requisite to intelligence. If we look in the mirror and see not kleptocrats but Christians, we’re still in the same old trouble.
View all posts by pk →
This entry was posted in semiotics. Bookmark the permalink.