Taking a nap this Labor Day I dreamed on a theme close to my heart. I dreamed that I had made a movie that graphically dramatized dimensions real enough but hidden to (ordinary) human consciousness.

I’d been fishing since 5 AM, believing (falsely) the the wind had finally subsided: at least for the moment. By the time I hauled the boat the half-mile to the lake, the wind was sweeping anything on the water surface south at several feet per second: anything under the water surface south at some significant fraction of that same velocity. I wanted to fish deep water, but drifting at speed, even my weighted worm would not sink. (My weighted worm was ripping the surface like a jerk bait; but not like a jerk bait: cause a jerk bait is fished to rip over short distance, pause, and rip again.) I was drifting so fast that I imagined that were I go go overboard holding a line, the boat would maintain me on the surface like a waterskier! my bare feet on a plane.

Back home in time for a meal before CBS began its holiday coverage of the tennis, I was nodding before the major players were introduced. I awoke just long enough to notice that it was 5:40 PM: seven hours of coverage squandered down to ten minutes left. Falling back into sleep I had my dream, and awoke to get up at 10 PM, the dream already faded. The subject important to me, I’ve been trying to hold any scraps remaining to my consciousness while I drank coffee and organized myself sufficiently to try to write what remained down.

The dream inserted someone from 4D-Land among denizens of 3D-Land. The visitor was befriended by a mathematician who had no luck communicating his interests or inventions to the normal citizenry: when suddenly he has a vision: a way for the fourth dimension normal to his friend to become visible to his normal 3D neighbors. Of course the neighbors believe that they already see everything and need to be shown nothing.

2014 03 12 2005: hmm. This was scribbled a few years before I met Jan: when getting up and drinking coffee and starting a work day at 10 PM was common enough for me. Bless her, now I don’t drag any boat any 1/2 mile to Lake Jackson; I just cross her back yard to her lake shore, wade out to cast, or board one of the three boats she keeps on the shore line. And if that weren’t the case she’s simply still the cutest girl! 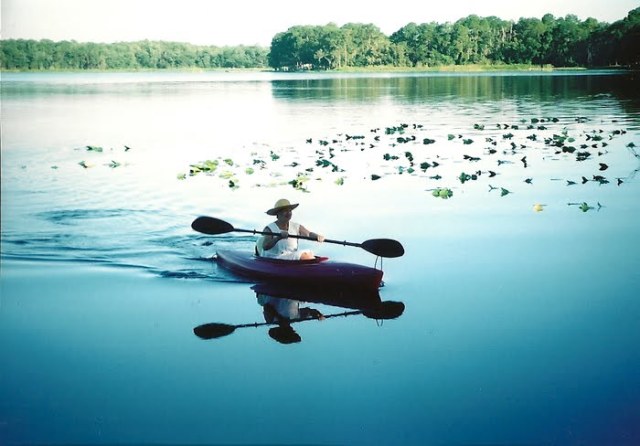 Seems to me that some modicum of honesty is requisite to intelligence. If we look in the mirror and see not kleptocrats but Christians, we’re still in the same old trouble.
View all posts by pk →
This entry was posted in dream and tagged dream. Bookmark the permalink.