The 1950s had an abundance of rivetingly sensuous chanteuses: at home and abroad: Billie Holliday, Lena Horne, Peggy Lee, Jeri Southern … Edit Piaf … Om Kalthoum … The latter seduced millions over many decades, the ’50s were just swallowed up in the middle.

A movie DVD last week reminded me of Jeri Southern’s Occasional Man. I thought to myself, That’s a really good immitation: but it turned out according to the end credits that, yes, it actually was Jeri Southern reprising her hit song. If you don’t recognize the reference, look it up: the sensuality is total, the lyrics pretty cute: a female castaway imagines a series of male visitors to cover her nakedness on her desert beach. 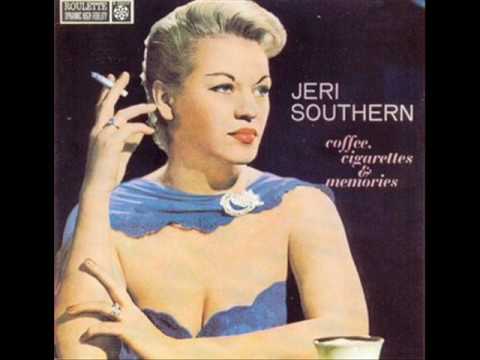 That and a coincidental something else jostled a literary memory: Singe’s Playboy of the Western World. But first I continue recalling sexy dames from the ’50s. 1955 onward I’d hear Jeri Southern’s hit on my mother’s wake-up radio. That radio was already dosing us with supreme sexyness from Lena Horne! “I Love To Love”! 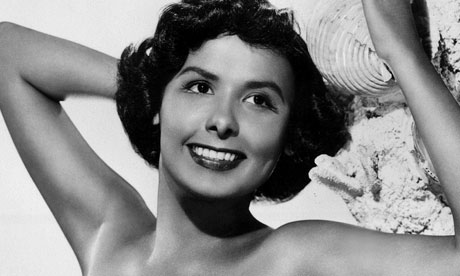 Billie Holliday didn’t saturate the airwaves of white America, but she did fill the world. The greatest female singer of all time as far as I’m concerned: though Piaf and Kalthoum aren’t far behind: not to mention the gillion great females we’re been blessed by: Aretha … not to mention the great concert hall women: Teresa Stich-Randall …

First I knew Peggy Lee singing Why Don’t You Do Right, then I knew Bessie Smith! Still, Peggy Lee wasn’t that far behind, too bad she was a little round in the belly, too bad her bleach blond presence was so frozen faced.

Meantime: I got to read my Friday mail, there’s the regular week’s Friday mail-around from The Straight Dope, and there’s a mention of radical art at the opening of the Twentieth Century standing conventional audiences on their ear: Stravinsky, JM Synge …

Scrapbook
I’ll scribble a scrapbook: I guess the two themes are related by more than coincidence: not only did the Synge mention a word for ladies’ undergarments, shocking one and all, but Stravinski’s Rites of Spring danced savage rape on the ballet boards. At least that’s what the stylish ladies screaming from the audience thought they were being subjected to.

Maybe there’s a third theme here: pk as an English major first challenged to think about “English”:
Eric Bentley, great man, assigned play after play. As with everything I could read some but not all. By midsemester we were supposed to be writing a paper of some of the reading. If I couldn’t read all the assignments, how could I write a paper? What would I say. Well, I had to do something, I’d told the academic bureaucracy I was an English major! So, based on how late in the semester the assigned play came, procrastination built-in, I chose Playboy of the Western World. Wait! Maybe it was a Sean O’Casey play I chose. Point is, I didn’t understand either! Serves me right for my delays.
Anyway, it was the first time in my life of reading that I confronted “symbolism” and wanted to say something intelligent about it! Rots of Ruck. But: however much I fell flat on my face in that paper, inventing criticism as I went along, that was the birth, invisible at the time, of my critical reading ability. 1957 or ’58 I hadn’t a clue; 1959, 1960 I was damn good at it.

I’d see Bentley around town, on the subway, on the campus, on Riverside Drive but I had no two-way intellectual contact with him: till the one time I showed him a story of mine. The story and showing him were pathetic. He crossed out half a sentence: the last half of the last sentence. Yes! Absolutely right. And my own stupid fault for being grammatical in creative writing: the hanging phrase was much better than the grammatically complete statement. I wrote, “the muffled report of a gun was heard”; he corrected it to “the muffled report of a gun” !

By 1955 I was a terrible snob about jazz, about Birdland: I was a jazz fundamentalist with narrow tolerances. Jazz was divine; pop was crap. Well, by my normal distinctions, Jery Southern was sexy, had real qualities, but it was pop. It was dreck. I loved this and that example of it, but it was going to hell, I was going to jazz. Benny Goodman, Lionel Hampton were who I’d meet in heaven; never mind Jesus, and Moses.
So, I was sort of taken aback when I heard that Jeri Southern was singing at Birdland.
Birdland. That was like scritpture. And Jeri Southern had their imprimatur. Thereafter I’d see Jeri there no matter who was headlining. She was a fan, maybe she lived in the neighborhood: Broadway and 52nd. I was very careful about money, but one night I offered to buy her a drink, aksed if she’d sit in, sing Occasional Man. No thanks she said, “I’m really tired.” Then I saw her accepting drinks from some man at the bar. He was “40”; I was 16. Thereabouts anyway.

Seems to me that some modicum of honesty is requisite to intelligence. If we look in the mirror and see not kleptocrats but Christians, we’re still in the same old trouble.
View all posts by pk →
This entry was posted in music&art. Bookmark the permalink.